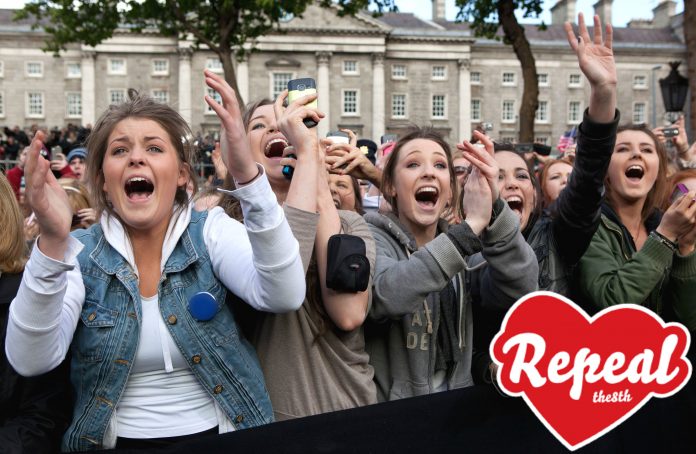 A few moments after 18:13 local time in Dublin on Saturday 25th May, crowds roared with approval following the official declaration that former Catholic Ireland had decided to overturn the abortion ban by a vote of 66.4% to 33.6%.

The campaign, which was bravely fought by the pro-life movement LoveBoth, marks a dramatic shift in how Ireland will be perceived by other Catholics worldwide. This once great Catholic nation has—heartbreakingly—suffered another casualty to the tyranny of secularism after having never recovered from years of poor Catholic formation and the increasing influence of a secular media.

The last large-scale public act of blasphemy and apostasy was their 22nd May 2015 approval of same-sex “marriage”—though this one will arguably be felt the hardest. Since, after all, it’s the tiny and innocent unborn who will suffer and die as a result. Perhaps some of the future aborted would have gone on to become holy priests, nuns or monks? Only our Lord will know the full extent of this disturbing horror, and one must leave that to Him so as not to be tempted to despair. In short, all one can do is keep up the fight and make reparation for the growing weight of sin that will slowly crush Ireland as more and more abortions take place. Truly, now or never, is the time we all became saints.

The Stats Are Depressing

Also depressing is the statistic that shows the vote to lift the ban came predominantly from young people—the exit poll showing 87% of those aged 18 to 24 voting in favor of abortion, and 83% in favor from those aged 25 to 34. Another appalling statistic that truly brings shame on once-Catholic Ireland is the exit poll’s 40% of the ages 60+ category who voted in favor. Many of whom would have been raised in strong Catholic families and will thus, almost certainly, have no excuse before the judgment seat of God.

The pro-life movement, LoveBoth, has vowed to keep fighting with John McGuirk, spokesman for the campaign, saying that his group would continue to fight legislation that will be introduced now as a result of the vote. McGuirk is quoted as saying, “Shortly, legislation will be introduced that will allow babies to be killed in our country. We will oppose that legislation…Every time an unborn child has his or her life ended in Ireland, we will oppose that, and make our voices known. Abortion was wrong yesterday. It remains wrong today. The constitution has changed, but the facts have not.” McGuirk later went on to remark that Saturday’s result was “a tragedy of historic proportions”.

The vote was, according to many sources, spurned on by hatred towards the Catholic Church due to, among other speculative reasons, the child abuse sex scandals. The Church in Ireland, it must be said, was very quiet during the build-up to the 2018 Ireland abortion referendum and some have suggested it may possibly be due to their loss of courage after losing credibility in the eyes of many Irish, or due to the fact that anti-abortion activists believed their involvement, because of the numerous sex scandals, would only hinder the effort.

Moreover, in an alarming twist of cruel irony, secularists (which includes many modernist “Catholics”) are celebrating the repeal of the abortion ban as a moral triumph. Leo Varadkar, the Irish Prime Minister who voted to repeal the ban called it the day “Ireland stepped out from under the last of our shadows and into the light”, and he hailed the vote as a “quiet revolution”.

Meanwhile secularism’s celebrity devotees such as Emma Watson (who played the character Hermione in the Harry Potter series) took to Twitter praising the Ireland abortion referendum as, “A vote for the freedom to choose, a vote for women’s rights, a vote for women’s control over their bodies, a vote for women’s health & safety, a vote towards equality”. The red carpet was also rolled out as more and more young secularist celebrities took to Twitter to espouse this secular ideology, including the Irish singer, Niall Horan, who made it famous singing in the boy band One Direction, and shared, “Cmon Ireland! This is your day to make another great decision. Please do right by the great women of our nation.”

And, thus, herein lies another part of the issue with Ireland; in that their younger generations look up to these icons of secularism who think that killing innocent babies in the womb is “another great decision”.

These icons of secularism, fueled by the secular media, are the photogenic figureheads of this perverse ideology. They are not the root of the issue, but they do cement the very issues and make this ideology more palatable for the younger generation. In reality, Ireland has been hijacked, taken over, and infiltrated by this extremely accessible liberal media, and so, of course, is going exactly the same way as the rest of the West that finds its collective identity in the modern media rather than in the pillar of truth—The Holy, Roman Catholic Church.

One Shade Of Light

One shade of positivity (if one was searching for it), is in the fact that 33.6% still voted against abortion. Hopefully, most Irish Catholics will now recognize that they are radically counterculture and at war with the culture of death. This clearer delineation may help to naturally separate the wheat from the chaff and may ensure that future Irish Catholics are better formed, taught to be more courageous, and as a result live as holier witnesses of the Gospel in the future.

Conclusions On A Traumatic Day

Saturday’s events were deeply depressing and we shouldn’t hide from that fact. There is always an appropriate time to mourn (Ecclesiastes 3:4). But it’s also time we became better Catholics, more courageous, and—by God’s help—become the saints He has called us to be. Doing so will ensure that we will be more equipped and ready to help save the lives of the innocent in both the here and now, as well as in the future.

Finally, despite our innate forgetfulness, let’s be vigilant not to forget about Ireland so quickly. After all, the abortion repeal will only come into effect after several months and will continue for many years. We must send up a quick prayer for Ireland and our Irish Catholic brethren at every moment the Good Lord brings them to our minds—indeed, praying for them even for the rest of our short lives here on earth.

So, in that spirit: St. Patrick, pray for Ireland. Amen. 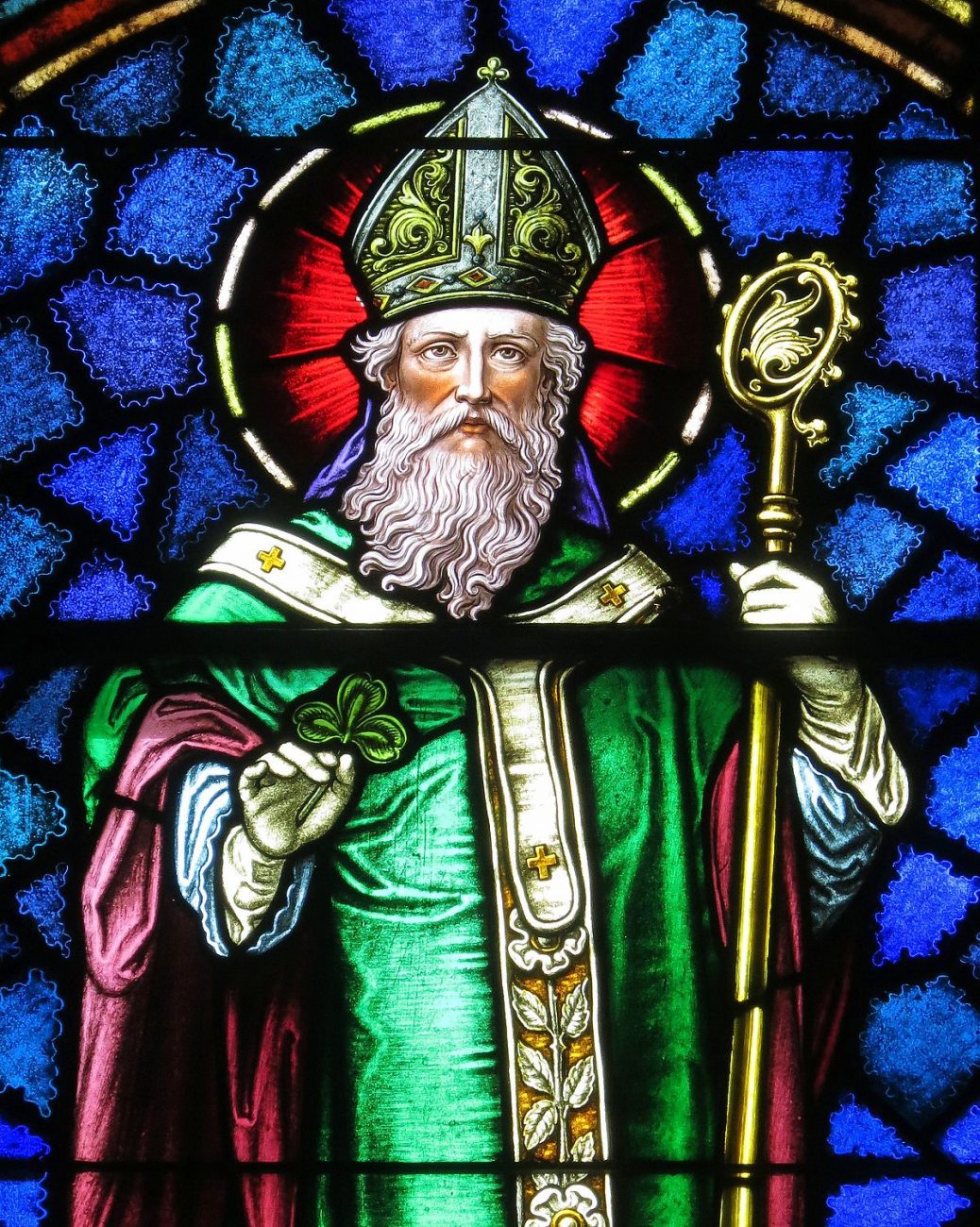 “A time is coming when men will go mad, and when they see someone who is not mad, they will attack him, saying, ‘You are mad; you are not like us.’” — Saint Anthony the Great

What are your recollections of the 2018 Ireland abortion referendum? Why do you think it happened? And, other than prayer, what do you think we can do now? 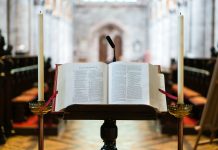 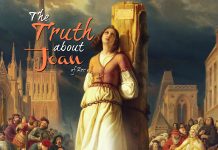 A Letter From Hell You Need To Read Right Now

Chris‘s aim in making Catholica was to encourage traditional Catholic life by serving those in it while making it more accessible to those outside it.
Contact us: [email protected]