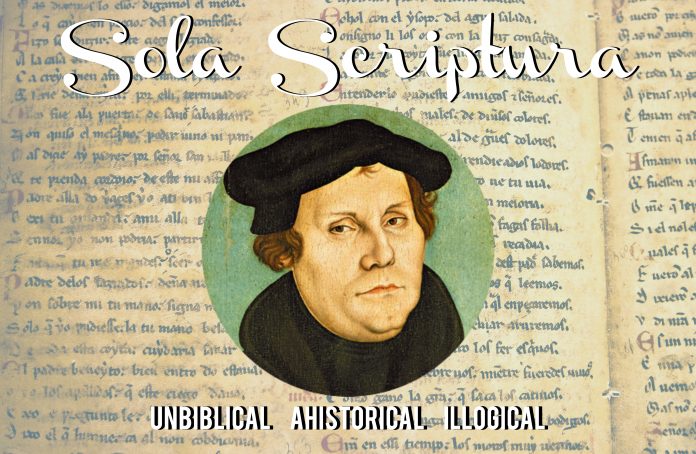 Sola scriptura is the foundational doctrine of most Protestant denominations. In essence, it teaches that the sole infallible rule of faith and practice is found in the Scriptures alone (sola scriptura actually means “by Scripture alone” in Latin).

This, of course, does not necessarily rule out tradition in teaching or clarifying Christian doctrine, but, for many, sola scriptura often boils down to an individual’s subjective interpretation of the Scriptures becoming the infallible rule of faith.

And so tradition—since it is, at best, occasionally helpful and, at worst, untrustworthy—is often shunned for novel interpretations of Scripture that lack historical continuity and perspective.

But where in Sacred Scripture does it say that everything Jesus and the Apostles taught is in Scripture? Scripture, I would posit, teaches the opposite to the implied notions of sola scriptura.

In John 21:25 we read that not all of what Jesus said and did was recorded. The Apostle Paul states in his letter to the Thessalonians that we are to accept both written and oral tradition. Protestants, it would seem, only accept written tradition as infallible or meaningfully authoritative, which is ironically opposed to the written tradition!

“So then, brothers, stand firm and hold to the traditions that you were taught by us, either by our spoken word or by our letter” – 2 Thessalonians 2:15

If the infallible rule of faith and practice is found in the Scriptures alone, then why doesn’t the Bible itself say that? Otherwise, how can we infallibly know that sola scriptura is true? Protestants must concede that it is a tradition that is believed and comes outside of the Bible.

And moreover, if the infallible rule of faith and practice is found in the Scriptures alone, why would Paul command us to “stand firm” in the oral traditions? What are we “standing firm” for if oral tradition is—as sola scriptura adherents suggest—at best, a good guide, and, at worst, unreliable baggage that hinders the pure, basic essence of the Gospel?

Some Protestants may attempt to posit that the oral tradition was identical to the written tradition and so, therefore, this identicalness is what the Holy Spirit through St. Paul is commanding us to “stand firm” to.

Although this is certainly true to a degree, it is, however, not clearly appreciating and understanding Christian history.

A full reading of any of the Apostolic Fathers shows that they saw and read Scripture within Tradition and through the Church. Scripture has never been an isolated phenomenon.

I will use as an example this quote from 180AD by St. Irenaeus of Lyon:

“…we refer them to that tradition which originates from the apostles, which is preserved by means of the succession of presbyters in the Churches” — Against Heresies 3.2.2.

Here we see the admission that traditions were preserved by the successors of the Apostles—written and oral traditions.

Hence, 100 years or so after St. Paul, St. Irenaeus of Lyon is effectively repeating his call of 2 Thessalonians 2:15 to “stand firm” to the oral traditions when he refers people, once again, to the traditions. The whammy, however, is when he says that this tradition is “preserved by means of the succession of the presbyters”.

And so we see that sola scriptura was not the modus operandi of the early church since tradition, written and oral, has always been preserved by successors to the Apostles. (Successors that exist to this day within the Catholic Church.)

Objections in the form of conspiracy theories may arise next that question the exclusive preservation rights the successors “of the presbyters” had to the Holy Scriptures. Some may theorize that these were power hungry bishops who were corrupt and stole the rights to the Scriptures. Or that, perhaps, this was never actually intended to be Christ’s modus operandi.

But all of these various objections would ignore all the Church Fathers who state the exact opposite (as well as the Scriptures that support it).

Like it or not, this is what historically happened very early on and the reason is explained by St. Irenaeus of Lyon.

“Suppose there arise a dispute relative to some important question among us, should we not have recourse to the most ancient Churches with which the apostles held constant intercourse, and learn from them what is certain and clear in regard to the present question? For how should it be if the apostles themselves had not left us writings? Would it not be necessary, [in that case,] to follow the course of the tradition which they handed down to those to whom they did commit the Churches?” — Against Heresies 3,4:1.

Consequently, any attempt to understand the Scriptures outside of this framework of Scripture being a part of Tradition and being preserved by successors to the Apostles is to contradict the earliest Christian tradition. It is to view Scripture through a novel 16th Century Protestant lens that is ahistorical.

(More on the doctrine of apostolic succession here).

Another ahistorical issue with the novel doctrine of sola scriptura is that no one believed it until Martin Luther—that’s 1500 years of silent history to account for and so, subsequently, must surely diminish the probability of sola scriptura being true.

Some Protestants may take quotes from Apostolic Fathers such as Hippolytus or even (ironically) St. Irenaeus of Lyon to provide historical support for sola scriptura, but this always involves dragging singular quotes out of context and ignoring their whole work and their modus operandi when dealing with doctrinal issues.

With the deafening lack of Scriptural support too, sola scriptura must surely be a manmade tradition.

In reality, quoting, “All Scripture is breathed out by God” perpetuates another issue.

The reason why we can know Scripture is inspired is that Christ’s established Church—whom Jesus said he would lead into all truth—declared that it was.

However, the early Church believed other doctrines that many Protestant reject (e.g. the real presence of Christ in the Eucharist, apostolic succession, prayers for the dead, a hierarchal structure consisting of a singular bishop, the veneration of saints, the primacy of Rome, the sacrament of penance, the Queenship of Mary, and other such Marian doctrines, etc.)

So, with that in mind, how is it that someone could logically assert that apostolic succession or the real presence of Christ in the Eucharist is false, yet the canon of Scripture is true? How can they arbitrarily decide what the early Church got right and what it got wrong?

They may attempt to defend the arbitrary argument with, “I trust that the Holy Spirit helped the Church get just that one right”, yet it is strange that they don’t trust the Church that Jesus promised to lead into all truth through the same Holy Spirit (Matthew 16:19, John 16:13, 1 Timothy 3:15).

If they also tried to assert, “Yes but Scripture argues against doctrines such as apostolic succession or the real presence of Christ in the Eucharist”, this is somewhat weak because, as stated earlier, they would be assuming that Scripture is inspired without showing why while still using it to criticize doctrines of Christ’s Church.

What I came to realise is that the reason I trust Scripture is the same reason why I trust other Catholic doctrines such as the Real Presence of Christ in the Eucharist, and all the others; because the Catholic Church, which is guided by the Holy Spirit into all truth (John 16:13), declares it to be so.

This is a much tidier logical framework than that of our Protestant brothers and is Biblical, while also being connected to the past.

I will conclude by asserting that Protestantism and “sola scriptura” was not the way of the early Apostles, but Catholicism’s modus operandi was.

How can we know?

Because the Apostles have told us this; some of it through written tradition, and others through oral tradition, just as it alludes to in Acts 2:42, 2 Thessalonians 2:15, 1 Corinthians 11:2, is taught by the Church Fathers, and is revealed through the typology of the Oral and Written Torah of the Old Testament.

(For more on that last typology point read this article: Who Gave Your Pastor Authority?) 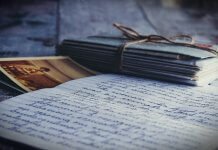 A Letter From Hell You Need To Read Right Now 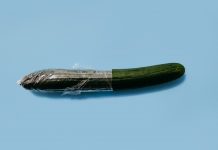 Why Contraception Is Wrong In The Catholic Church 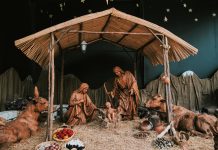 Chris‘s aim in making Catholica was to encourage traditional Catholic life by serving those in it while making it more accessible to those outside it.
Contact us: [email protected]