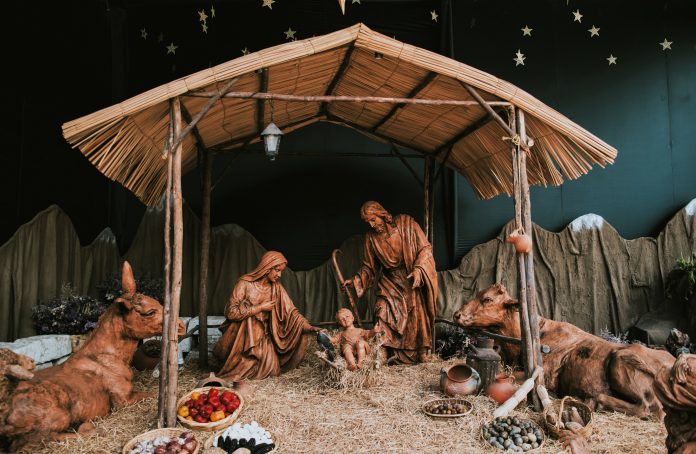 It has become quite popular today to claim that Jesus was not born on December 25th. Some like to claim instead that he was born in Spring, or even in July. But when was Jesus born? Like…really? When was it?

When many posit the idea that Jesus was born in Spring or in some other time, they’re usually relying on vague and often contradictory information they’ve heard regarding what the culture was like around Jesus’ day.

For example, some might claim that it was uncommon for shepherds to watch their flock in the Winter and so, therefore, Jesus couldn’t have been born in December since his birth was announced by angels to shepherds who were “watching their flock”. In this, we’re expected to ignore the fact that Israel’s average temperature in December is about 15°C/59°F.

3 important witnesses are needed to answer our question of when was Jesus born. Let’s explore them now!

Hippolytus of Rome, a disciple of St. Irenaeus writes in 204AD in his Commentary on the book of Daniel, “For the first advent of our Lord in the flesh, when he was born in Bethlehem, was December 25th, Wednesday.”

Moreover, St. Augustine writes in De trinitate, Book 4, 5, “For [Jesus] is believed to have been conceived on the 25th of March”. With the average pregnancy lasting 280 days, this would mean Jesus would have been born on 30th December. But St. Augustine then finishes his thought with, “But he was born, according to tradition, upon December the 25th.”

Moreover, St. Augustine infers in one of his sermons how even the heretical North Arfican sect, the Donatists, celebrated Christmas on the 25th December.

St. Jerome in a sermon dating December 25th, 410AD teaches that the tradition of celebrating Christmas that day came from St. Paul and St. Peter.

Zacharias, the father of John the Baptist, was the chief priest in the “division of Abijah” (Luke 1:5) which served in the temple in one week slots twice a year and was the 8th division out of a total of 24 (1 Chronicles 24:10). The division of Abijah served during the 8th week and the 32nd week of the year.

The Protoevangelium of James, written in the early 2nd Century, also confirms that John the Baptist was conceived late September since it includes Zacharias serving at the temple during the Day of Atonement.

So, When Was Jesus Born?

Well, as the Church Fathers, Jewish history, and Scripture reveal, Jesus Christ was almost certainly born on December 25th (or at least very close to it).

Rejecting this, in essence, is to hold to a position that is untraditional, contradicted by history and the Bible, and also unable to be convincingly substantiated.

Suggested next reading: Why A Charismatic Evangelical Joined The Catholic Church